Let me just get this out because I need to. My Samford experience would look totally different if I had not been in UM’s show three years ago. But let me start at the beginning.

My senior year of high school, I got invited to come to Step Sing with Mrs. Pam to watch Kels and see what this thing was all about and at this point I knew I was coming to Samford 100% and I fell in love with this thing called Step Sing and could hardly wait to be in it myself. On Friday night 2009, I sat in the balcony with two girls who would be joining me at Samford in fall and as Ben & Meredith said “We’ll see you at Step Sing 2010”, we all screamed at that we were going to be in it.

When it came for freshmen ladies sign-ups, Jackie and I decided we would get there at 3:30 AM for the 7 AM sign-up but by midnight, there were 63 girls who were camping out in Harry’s for spots but we still went and I was number two on the waiting list to get it the show. Then there was supposed to be another freshmen show but they decided to try the lottery system and no one understood it and we didn’t think was fair since the other group had waited for their spots. But a new show announced its sign-ups and Jackie and I quickly jumped on that bandwagon and I was extremely disappointed when I got the news over JanTerm that they were not able to get enough people to make a show. So, I e-mailed everyone that I knew of that was directing shows because I was going to be Step Sing.

I got to school and still was not in a show and was highly disappointed but I was in sitting in CP when my phone rang and it was number I didn’t recognize but they left a voicemail. A couple minutes later, I got an email from Franklin who was one of the directors of UM in 2010 saying their was a spot for me in UM if I wanted it and called him as soon as class was over to claim my spot. I had no idea was I getting into when I walked into the church that Monday night but I’m sure glad I did. I meet so many people through UM and got more invested in the organization that has made my Samford career.

By the end of those three weeks, I had 69 new friends and many of those relationships continue until this day. We did Alice in Wonderland and I loved every second of it. I got to experience Step Sing in a way that is only available through UM with the Co-Ed part of the show.

Suz, Rachel, Me, and Laura

Me and Rachel. One of the many blessed friendships that came from Step Sing

Franklin and I. Our Cheshire Cat.

My sophomore year, there was a bit of scare when I didn’t make it on the returner list and had to go to sign-ups. Jen apologized profusely and promised that I would be part of the show in some way. I finally got the email that I was in the show and could breathe again. I got to practice that first day and was thrilled and shocked to find out that we were doing Harry Potter. Freshmen year got in the door but sophomore year sealed the deal, I knew I could never do different show.

Harry Potter was a whole new experience and I got closer to old friends and made all types of new friends. Harry bought a new level of community and comradery and as Jen put it practice was just “mandatory hangout time”. I was so thankful for to be a part of the UM community again and now better understood that UM was more than just Step Sing, it was about being that community and it extended far beyond three weeks of Step Sing season. 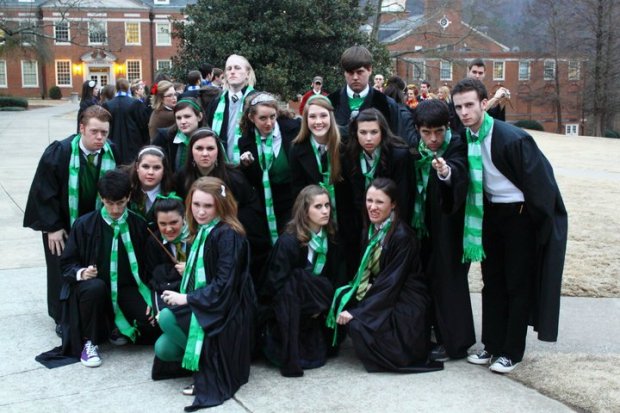 Jackie and Sam. So blessed to have these 2 in my life 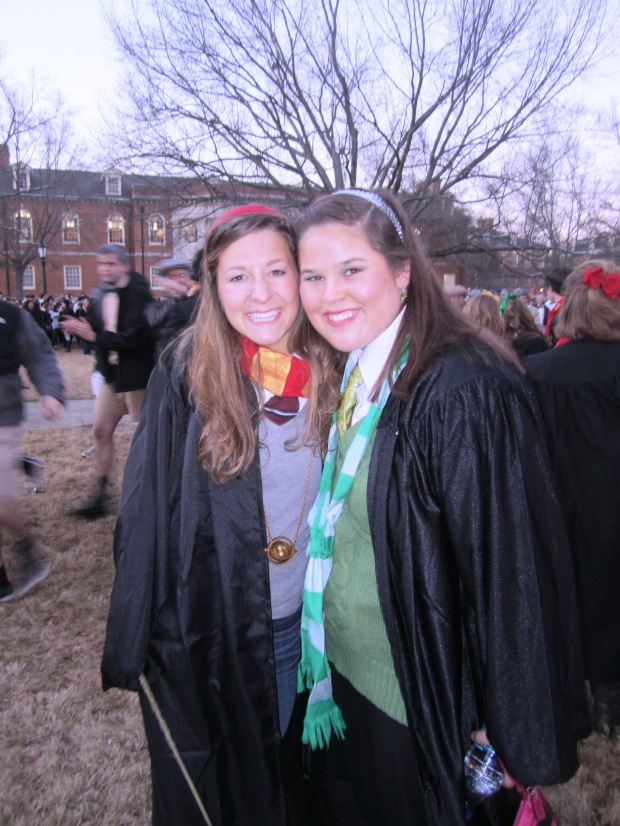 Jen, gosh I don’t know what all to say about this wonderful woman.

Junior year, I was so excited to get the email telling me that I could turn in my check for the show. I was now an old pro and just excited for it to be Step Sing season again. We all got into being ninjas and creeped all over that Step Sing stage. It was fun and my community continued to grow.

Hannah and I. The Lord was all over this friendship.

Sam. Our wonderful director and choreographer. Love this girl, one of a kind for sure.

This year people would ask me about Step Sing, I would just give them a weird look. Of course I was doing it and yes, I was doing UM. There no way I would think of doing a another show simply because I love the community that UM offers. I’m loving our show this year and I can’t wait to show off all our hard work at Dress Rehearsal tomorrow.

A big thank you to everyone who has made my UM Step Sing experience better than I could have ever imagined.

To each of my directors: Franklin and Hope- the opportunity to get plugged into the UM community. Jen- for Harry and community that it built. Matt, Sam, and Tim- just thank you for an awesome show and simply being you. Tim and Carmen- Thanks for making senior year the best one, y’all are awesome.

To all the incredible friends that Step Sing has blessed me with Rachel, Hannah, KT, Bandler, Sally, Sam, Suz, Matt, Carmen, Kirsten, Natalie, John Michael (Sinner), Zach, Zach, Hanna, and so many more. I’m so incredibly blessed by each of you and thankful to call you friend!

To April, Matt, Renee, and Brian: Thanks for continuing to have a UM show!

That’s why I’m so incredibly thankful and blessed to be apart of an awesome community and group that is UM. I can’t believe my Step Sing experience will over in less than a week. I guess that means I’ll have to soak in every second of this week.